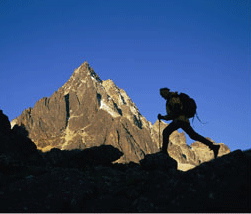 If you hear a voice within you saying “You are not a painter,” then by all means paint… and that voice will be silenced.
Vincent Van Gogh

Mediocrity is never daring to do what you love, for fear of what others will say, or for fear of losing your security.
Mark Fisher, The Instant Millionaire

Even in that deep misery I felt my energy revive, and I said to myself, in spite of everything I shall rise again—I will take up my pencil, which I have forsaken in my great discouragement, and I will go on with my drawing.
Vincent Van Gogh

Never doubt that a small group of committed people can change the world; indeed, it is the only thing that ever has.
Margaret Mead

Your dreams may be of love, of creativity, of exploring a distant land, helping the disadvantaged, or helping a species or habitat on the other side of the globe or in your own backyard. It may begin as an idea, a spark of courage, a journal entry, a phone call, a night class, a belief in yourself no matter what anyone else thinks or says or does. It may be expressed for others in something as simple as a smile given, a card sent, a ride offered, a blanket donated, a meal delivered, a petition started, a scholarship supported, a cruelty-free product purchased, a recycling program organized.

A musician must make music, an artist must paint, a poet must write, if he is to be ultimately at peace with himself. What a man can be, he must be.
Abraham Maslow, Personality & Motivation

I have spread my dreams under your feet;
Tread softly, because you tread on my dreams.
W.B.Yeats

Those who restrain desire, do so because theirs is weak enough to be restrained.
William Blake

We may encounter many defeats but we must not be defeated.
Maya Angelou

Literature is strewn with the wreckage of those who have minded beyond reason the opinion of others.
Virginia Woolf

When a true genius appears in the world, you may know him by this sign, that the dunces are all in confederacy against him.
Jonathan Swift, Thoughts on Various Subjects

Our doubts are traitors and make us lose the good we oft might win, by fearing to attempt.
William Shakespeare, Measure for Measure

While one person hesitates because he feels inferior, another is busy making mistakes and becoming superior.
Henry C. Link

[The German astronomer] Kepler: His mother had been accused of consorting with the Devil, his great-aunt was burned at the stake for practicing witchcraft, and several of his siblings died at an early age from various maladies. He himself was sickly, with bad eyes, skin disorders, worms, hemophilia, digestion problems, even hemorrhoids. Bullied by his father, ignored by his mother, unpopular with schoolmates, it is a wonder enough of his character even survived the ordeal of life, much less created patterns of order in the solar system that yet have value.
Anthony Aveni, Conversing with the Planets

As long as you perceive that anyone is holding you back you have not taken full responsibility for your own liberation. Liberation means that you stand free of making demands on others and life to make you happy. When you discover yourself to be nothing but Freedom, you stop setting up conditions and requirements that need to be satisfied in order for you to be happy. It is in the absolute surrender of all conditions and requirements that Liberation is discovered to be who and what you Are. Then the love and wisdom that flows out of you has a liberating effect on others.
Adyashanti

Do what you love. Know your own bone; gnaw at it, bury it, unearth it, and gnaw it still.
Henry David Thoreau

Sartre held that when one has something important to tell the world, it is criminal to waste one’s energies on other occupations.
Simone de Beauvoir, Memoirs of a Dutiful Daughter

[Freud’s] psychology standardized and explained the feelings of men and women in a way that left them no individual interpretations of their own that mattered…. Again, creative acts are nonstandard. They break records. They are not predictable…. When an individual acts most like himself, most individualistically and least like others, he displays creative behavior and points out to others possibilities of achievement earlier not perceived – throwing these out as new aspirations for the individual and society…
Jane Roberts, Afterdeath Journal of an American Philosopher

Not only was man robbed of true satisfaction with creative work, but he was led to preserve his own doubts and torments, since they were seen as responsible for arts achievement… and the artist in whatever field began to hoard conflicts, imagining that they were the source of his productivity.
Jane Roberts, Afterdeath Journal of an American Philosopher

When Van Gogh was 13, he was sent to a secondary school in Tilburg, where the artist Huysman had set up a course in drawing considered ahead of its time. The author points out: “…as much as Vincent may have enjoyed this, the odd fact is that during his two years at Tilburg, he never mastered the science of perspective, despite all Huysman’s efforts, he just could not get the hang of it.” The Love of Many Things: A Life of Vincent Van Gogh by David Sweetman

Einstein didn’t talk until he was 3 years old, and certain teachers considered him inept at math.

Frank Lloyd Wright did some of his best work after he was 70 years old.

Said of Fred Astaire at an audition: “Balding, skinny, can dance a little.”

The following books/ authors received these rejections from publishers. From the book Rotten Rejections, edited by Andre Bernard, Penguin Books.

“We are not interested in science fiction which deals with negative utopias. They do not sell.”
to Stephen King, when he sent three chapters and an outline of a science fiction novel

“If you insist on rewriting this, get rid of all that Indian stuff.”
to Tony Hillerman, The Blessing Way

“Too different from other juveniles on the market to warrant its selling.”
to Dr. Seuss, And to Think That I Saw it on Mulberry Street

“Queer—the rhymes were all wrong.” “They… are generally devoid of true poetical qualities.”
to Emily Dickinson, from an early, untitled poetry manuscript

“I’m sorry… but you just don’t know how to use the English language.”
to Rudyard Kipling, untitled submission

“You’re welcome to le Carre, he hasn’t got any future.”
to John le Carre, The Spy Who Came in From the Cold

“We deem it injudicious to commit ourselves.”
to Walt Whitman, Leaves of Grass

“The work does not please the ear, nor kindle the imagination, nor hint a thought for one’s reflection… “
to W.B. Yeats, Poems

“For your own good, do not publish this book.”
to D.H. Lawrence, Lady Chatterley’s Lover

“It is badly written and the hero is unsympathetic.” “It is too intellectual for a novel.”
to Ayn Rand, The Fountainhead

“The girl doesn’t, it seems to me, have a special perception or feeling which would lift that book above the “curiosity” level.”
to Anne Frank, The Dairy of Anne Frank

“…[the rejection note] assured me this was a knockout piece of writing, but it could not possibly be published in Playboy because the male character was weaker than the female. The woman was dominant in the action and philosophy of the story, and that would seriously unsettle Playboy’s ‘young urban male readership.”
Harlan Ellison, a frequent contributor, on one of his short stories

Love ’em—more stories of highly gifted types who faced rejection by mere mortals. The following are by Grantley Morris, who writes, “When hit by rejection, it is uplifting to know you are not alone. Let’s begin by exploring this thought and follow it up with other insights to empower you to spring back to effectiveness after a major blow.”

Rejected as too awkward and clumsy to be a ball boy in a Davis Cup tennis match, Stan Smith went on to become the officially ranked number one tennis player in the world (1972-1973).

Would-be crime novelist John Creasey received an unbroken succession of 743 rejections. Over sixty million of his books have now been published.

‘What will they send me next!’ said Edmund Hillary‘s gym instructor of the puny school boy now known as the man who conquered Mount Everest.

Mentally backward Max Raffler loved to paint. Over the years, as his paintings piled ever higher, his sisters would burn them to make room for more. Finally, when an old man, his artistic ability was recognised. The well-meaning sisters had destroyed paintings that would have sold for tens of millions of dollars.

It was the dead of night. A shadow slunk down the street. It was Charles with the dickens of a problem. He was off to mail his manuscript, huddling his guilty secret, petrified lest friends find out and ridicule him. The manuscript was rejected. More rejections pierced him before he won the hearts of millions with such classics as Oliver Twist.

An invitation was extended to witness one of humanity’s most historic moments—the Wright brothers’ first flight in their heavier-than-air machine. Five people turned up.


There is a Vitality, by Martha Graham

There is a vitality, a life force, a quickening
That is translated through you into action
And because there is only one of you in all time,
The expression is unique.
And if you block it, it will never exist through
any other medium and will be lost.
The world will not have it.

It is not your business
To determine how good it is nor how valuable it is
Nor how it compares with other expressions.
It is your business to keep it.
Yours clearly and directly, to keep the channel open.
You don’t even have to believe in yourself or your work.
You have to keep open and aware directly to the urges that motivate you.
Keep the channel open…

No artist is pleased.
There is no satisfaction whatever at any time.
There is only a queer, divine dissatisfaction
Or blessed unrest that keeps us marching
And makes us more alive than the others.

People are often unreasonable, illogical, and self-centered; Forgive them anyway.
If you’re kind, people may accuse you of selfish, ulterior motives; Be kind anyway.
If you are successful, you will win some false friends and some true enemies; Succeed anyway.
If you are honest and frank, people may cheat you; Be honest and frank anyway.
What you spend years building, someone could destroy overnight; Build anyway.
If you find serenity and happiness, they may be jealous; Be happy anyway.
The good you do today, people will often forget tomorrow; Do good anyway.
Give the world the best you have, and it may never be enough; Give the world the best you’ve got anyway.
You see, in the final analysis, it is between you and God; It was never between you and them anyway.